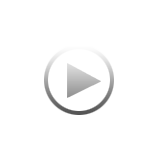 Fight through the single player campaign of Icarus Galaxy to rescue the crew of Icarus One, then use your findings to mash up your enemies in the incredibly difficult multiplayer mode.

Storyline:
The main storyline in this game is to fight through the single player campaign and rescue the crew of Icarus One whos ship has been incapacitated and is located deep into enemy space, the formidibal enemies are called the Altaroks who poses a lot of technology, saving Icarus one won't be an easy mission!

During gameplay you'll find new ships, weapons and shields to fight with; you'll later be able to use this new equipment to help your battle in the online mode which will become available after you've set up your profile. Pickups found in Icarus Galaxy include health, shields and scrap, heres what they do:

Multiplayer:
Multiplayer uses a client server setup, once released, a server will be available at www.icarusgalaxy.com for all to join.

The current performance of the server application is unknown as no testing has been done to find out its limits however it responds quick and allows many players to join, it uses an offset of the actual game code to provide the best ingame experience.

I've implemented client side prediction, this means if the server (for whatever reason) is responding slowly and cannot maintain a steady connection to all players, then the players game will allow you to move freely untill the server can respond, at which point your location will be updated on the server and as far as the player knows, there isn't any lag.

Technologies:
Icarus Galaxy makes use of OpenGL and OpenAL this means it can use your graphics card and sound card to bring you the best in game experience by allowing the support of full screen and a dramatically increased frame rate. Other features include VSync and sound volume control.

Other Projects:
Icarus Galaxy uses a ship model from a past project I have created, this model is a mock up of the ship called Daedulus from the Stargate TV series however, the model is not exact as I edited the designs to look how I wanted it to. Check it out Here. It also uses some sounds featured in Epic Game, so you might want to see that too, however Epic Game doesn't use the graphics card, its a game that runs completely from the CPU.

This project requires Java, OpenGL and OpenAL in order to run correctly.

If you have any questions about the requirements or this project, please contact me.

Created in: Java and Photoshop